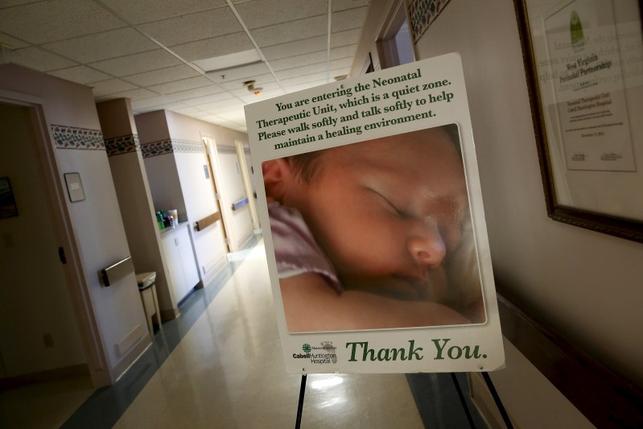 A sign marks the entrance to the Neonatal Therapeutic Unit at Cabell Huntington Hospital, where staff members have acted to treat an alarming number of drug-dependent newborns, in Huntington, West Virginia, October 19, 2015.
Reuters/Jonathan Ernst
left
1 of 2
right 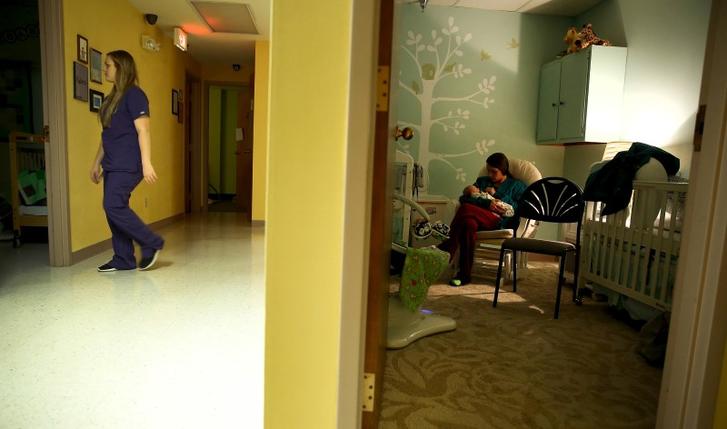 NEW YORK/WASHINGTON Warning that lives are at stake, a federal commission that spent two years examining child abuse and neglect is urging Congress and the White House to strengthen protections for drug-affected newborns.

In a report released today, the Commission to Eliminate Child Abuse and Neglect Fatalities cited among a list of six urgent actions the need for stronger care for newborns suffering drug withdrawal.

The recommendation follows a Reuters investigation last year detailing deadly failures to protect drug-affected newborns or help their families, commission chairman David Sanders said in an interview. “It became clear to people why it was important,” Sanders said.

Other core recommendations included reviewing child abuse fatalities in all states, assuring responses within 24 hours to any report involving a child under the age of 1, and “greater accountability” from hospitals and health care workers. “Every day, four to eight children in the United States die from abuse or neglect at the hands of their parents or caretakers,” the report says.

The commission, created by the Protect Our Kids Act of 2012, held hearings in 11 communities. Nine of the 11 commissioners, appointed by the president and Congress, agreed on the final report; two issued dissenting reports.

The panel said the federal Children’s Bureau should report directly to the secretary of Health and Human Services, and Congress should hold hearings and boost funding for family services. Some commissioners urged $1 billion in new funding, although others balked at naming a figure.

“We can't sit here and think we're going to make a difference and put zero dollars toward it," Theresa Covington, a presidential appointee and director of the National Center for the Review and Prevention of Child Deaths, said in an interview.

The commission’s recommendations follow other steps this week to protect drug-affected newborns amid a national epidemic of opioid addiction. On Tuesday, HHS Secretary Sylvia Burwell told a House committee that the agency was improving oversight and investigating some states in response to the Reuters findings. A U.S. Senate committee approved legislation Wednesday to expand safety plans for drug-affected newborns.

The Reuters investigation, “Helpless & Hooked,” can be found at reut.rs/1NSc7uC

(Reporting by Duff Wilson in New York and John Shiffman in Washington. Edited by Ronnie Greene.) Photos of the day

Our top photos from the last 24 hours.  Slideshow The Most Influential Scientific Minds